When recording Ditty Box back in April 1998 at the TEPA Studio, Osterholz-Scharmbeck, little did I expect that I was about to embark on a "recording career". At that time I thought it would be just a one-off, an amusing idea for my friends and relatives, and something to bore my environment with for the rest of my life. I had not taken Internet into account.
To say that I have been overwhelmed with attention ever since would be an outright lie or at least a terrible exaggeration. There has however been a steady trickle of emails from surfers who either comment (all favourably, believe me! [so far - scratch cranium!!]) on the recorded songs - The Ballad of Bethnal Green has been of particular interest), make suggestions/or inspire songs for future recordings e.g. Jehann, provide encouragement, further information and are generally supportive. With this wider encouragement, and I do not need very much, from people who I have never met in the flesh I felt that there was reason enough to record further songs.
Consequently, and with great enjoyment, a second round of recording took place with Ralf Stahn at his Yellow Jacket Studio, Worpswede in July, 2000 whereby some 39 titles were "immortalised". From these songs Manifold Love was finally produced in November 2001 (but not yet released), whilst both In t' Praties and Mostly at Sea were available as DAM-CDs at mp3.com shortly after their recording.
These recordings have been made with vast personal enjoyment, are entirely non-commercial and are dedicated to all those kind people who have encouraged me. In the main, they will rarely entertain the greater public, it is just possible some may find their way to an almost extinct form of music making and learn to love those old songs. They do document a style of "singing" prevalent in the rural area of Worcester, England in the 1940s (their roots extending back to the late Victorian period), heavily laced with murdering of songs as perpetrated in the Royal Navy in the 1950's and 1960's and no little influenced by the renderings of the recently departed Brian Kelly. 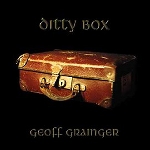 The songs presented on this CD, are a mixture of British folk songs, sea songs, love songs and ballads ranging over eight centuries with the odd gospel thrown in and reflect my current taste and style of performance. Some of my naval friends will search and listen in vain for the ribald stuff of yore but perhaps with a bit of luck and backing, naval songs may well form the theme of a future CD.
The final selection was made with very much help, guidance and patience by my friends, for which I'm deeply grateful, at a private musical gathering at Peter Krüger's gallery "Zeichnung und Malerie", Bremen-Vegesack, Germany on 27th March 1998.
The titles were recorded at the TEPA studios in Osterholz-Scharmbeck, Lower Saxony, Germany between April 25th and May 1st 1998. The CD was released on 24th May 1998 at a release concert in KITO, Bremen-Vegesack.
I'm especially delighted that The Herminas, that is Stephanie Lubrich together with her sisters Ina and Anna, have taken a guest spot on this CD and provide a delightful balance and contrast to my kind of material.

Finally, I would like to dedicate this CD to my mother, Nora Peggy Grainger nee Twyning, from whose knees I learned so much wisdom and so many songs. She's a wicked old girl, still alive, a-singing and a-sinning in Auckland, New Zealand and well loved, admired and respected by her offspring, neighbours and wide range of friends over all generations and races.

What is a Ditty Box? Tracks

What's a Ditty Box?
A ditty box, as the Admiralty Manual of Seamanship 1964 so succinctly states, was "a small wooden box which was issued to seamen as a receptacle for their small personal effects, but in 1938 was replaced by an attaché case." Mr A. Cecil Hampshire in his charming book "Just an old Navy Custom" describes the ditty box much more romantically:
"In 1870 a small chest know as a ditty box was introduced for seamen in which to keep their private papers and other odds and ends. Strongly constructed of white wood with a lock and brass name plate, the ditty box measured twelve inches by six by eight inches. Inside its lid the sailor generally kept photographs of his wife and family, if he had one, or his girl if he hoped to have one. No one knows why it was called by that name, but there are several possible origins. One is that "ditty" came from the Saxon word dite, meaning neat and tidy. Another is that the box was the right size for holding ditties, quid-ditties and odd-ditties which were pamphlets or squibs with a popular naval flavour frequently published during the eighteenth and nineteenth centuries. A third is that its forerunner, the black bag, was generally made of dittis, said to be a variety of Manchester cotton. Certainly mention of ditty bags frequently crops up in old books about the Navy."
Way back in September 1957, when as a very junior insignificant Greenie scarcely 16 years old, I was issued with the ditty box shown above. I used my ditty box for its intended purpose. Into it went photos, programmes, love letters, letters from my parents, brother and kid sisters, newspaper cuttings, cap ribbons, unused badges, pay sheets, treasured books, coins, maps, mementoes and so on. It was always crammed and generally after each commission there was an agonised sorting out. My ditty box was also home for my ocarina, my first folk music instrument which I still possess today, and the beginnings of my collection of folk music started in 23 Mess in H.M.S. Victorious during 1963. At that time in an age before video recorders and onboard TV, a lot of "singing" (ranted and roared with much ribald content would be a better description) as well as frequent impromptu ceilidhs went on in 23 Mess. And now more than 40 years later, my old battered, abused, much travelled ditty box has provided the inspiration for this CD. 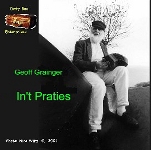 This CD is a homage to Ireland, Irishmen and Irishwomen of all faiths and times.
Although I had always enjoyed what one today (2004) still calls Celtic music from childhood, it wasn't until 1964 that I first got seriously involved in "Irish Music". (I deliberately put the term Irish Music in quotes because over a musical lifetime I've come to the conclusion that Irish Music covers any song that has ever been sung by an Irishman or Irishwoman). It is to one certain Paddy Lynch, a great friend, a Dubliner and fellow Petty Officer that I have an eternal debt. Whilst on a promotion course in H.M.S. Collingwood in 1964 he introduced me to The Clancy Brothers, the noble art of dancing with chairs, throwing chairs at each other and in short all the Irish fun things along with some quite serious drinking and deep ongoing discussions of Irish history and the state of affairs in Ireland.
Over the years I've greatly admired the The Dubliners but cannot quite get along with the more modern groups because it seems to me that the emphasis has shifted away from lyrics to making nice instrumental pieces, fine for dancing perhaps, but decidedly not my thing. Gimme the lyrics!
The greater part of the tracks on this CD were recorded at Yellow Jacket Studio, Worpswede in July 2000 but it also has a few numbers previously recorded on Ditty Box at Stain Records, Osterholz-Scharmbeck in 1998. It was released as a DAM-CD in August 2000 at mp3.com where it was on sale until December 2003. It was re-released as a hand-made CD in November 2005.

A selection of love songs plucked from life's hedgerows
"If music be the food of love ...." (Shakespeare), "Love is a many splendoured thing" (Han Sunyin), "How I love thee, let me count the ways ...." (Elisabeth Barrat Browning) and so on, etcetera, etcetera. Yes, they are all at it, the poets, the songsmiths, the entire human race and even the "bees do it" as the song goes. Love with all its powers for both good and evil has always fascinated me and as all my friends will attest "To Love" ("Auf die Liebe") being my favourite toast.This little collection of love songs, with a single exception, all from the British Isles and Ireland seeks to show love in its various aspects. The love of a mother mourning her cruelly slain son, the love of a widow for her long-dead husband, the yearnings of young lads and lassies fighting or following their natural instincts, the lovers' doubts and partings, the humorous or otherwise overcoming of obstacles on the road to matrimony and even downright treachery all find a place here.Love's supreme message is that life is worth living and fighting for no matter how desperate a situation is, optimism prevails over pessimism and that the sorriest people are those that have never experienced its joys and burdens. 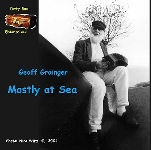 This selection of songs is, as the not very original title suggests, concerned mostly with the sea. The title also reflects my life which has itself also been almost mostly been at sea or concerned with the sea in various roles over a 40-odd year period from 1954 to 1995. Chronologically these include having been a 13-year old sea cadet in the Combined Cadet Force attached the Worcester Royal Grammar School and a member of the Worcester Sea Scouts until 1957. This was followed by service in the Royal Navy from 1957 to 1968, an experience which indelibly moulded my character and heavily influenced and pre-determined my future career. Those years alone are the stuff of shelves of books! On becoming a civilian I joined a global defence contractor based in Germany as an electronics system engineer involved in various naval projects around the world. Hereby some of my duties took me back to sea again on German warships. In 1986 I set up shop for myself as a consultant to shipyards involved in warship construction during which time I often found myself at sea again as a freelance naval instructor on warships belonging various allied Gulf and Asian navies. In all of this time and in all of these activities, the collecting and "singing" of folk songs was a major pleasure-time pursuit and source of intense personal enjoyment.
The songs on this CD not involved with the sea are a ragbag of odds and ends, nonsense, novelty, comic and absurd.
The greater part of the tracks were recorded at Yellow Jacket Studio, Worpswede in July 2000 but it also has a few numbers previously recorded on Ditty Box at Stain Records, Osterholz-Scharmbeck in 1998. It was released as a DAM-CD in August 2000 at mp3.com where it was on sale until December 2003. It was re-released in September, 2005 as a "hand-made" CD.

Due to relocation the sale of our CDs has temporarily been withdrawn.
Please come back at the end of August 2014. We apologise for any inconvenience.