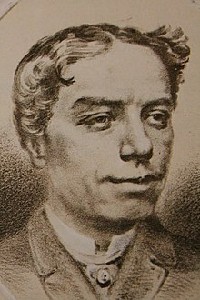 According to the Internet source given below, Alfred Vance [Alfred Peek Stevens] was a 19th-century English music hall singer born in London He was also known as The Great Vance and used the stage name Alfred Grenville.
In 1860 he was performing with his brother in a blackface act before making his first solo appearance at the South London Palace in 1864.
He rivaled George Leybourne, writer of Champagne Charlie, by writing and performing Cliquot in response. The feud ended with the song Beautiful Beer..
He died while performing on the stage of the Sun Music Hall, Knightsbridge.