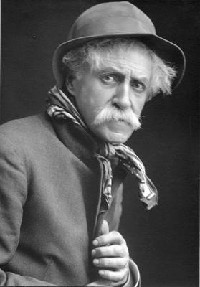 According to the Internet source given below, William Percy French was an Irish songwriter, entertainer, watercolour panter and polymath born in Cloonyquin House, near Tulsk, County Roscommon.
He was educated at Foyle College in County Londonderry and studied civil engineering at Trinity College Dublin. He joined the Board of Works in County Cavan 1881 as an "Inspector of Drains". Whilst there it is said that he wrote his best songs. In 1891 he became a full-time performer. When on stage he would paint or draw with chalk on brown paper while telling stories or singing his songs. Many of those songs were written together with Houston Collisson, his friend and stage partner.
He moved to London in 1910 staying there until his death.
He died from pneumonia in Formby, England.