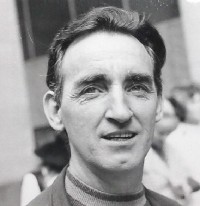 According to the Internet source given below, Dominic Behan (Doiminic O Beacháin) was an Irish songwriter, singer, short story writer, novelist and playwright who wrote in Irish and English. He was also a socialist and an Irish Republican. Born into the literary Behan family (brother being Brendan Behan), Dominic Behan was one of the most influential Irish songwriters of the 20th-century.
A prolific composer, he had more than 450 songs published during his lifetime, though undoubtedly wrote many more. For reasons not altogether known, he also used the pseudonyms of Wolf Stephens and Fintan Connolly. Amongst his most popular and notable songs are: .