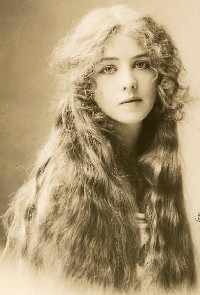 According to the Internet source given below, Maude Nugent was an American vaudeville singer and composer born in Brooklyn, New York.
She sang at venues like The Abbey and Tony Pastor's. In 1896, she composed and wrote the lyrics to Sweet Rosie O'Grady, which became one of the most popular waltz standards of the time. She composed and performed her own songs sometimes collaborating with her husband, fellow-songwriter William Jerome. Nugent retired from performing when she was 28 in order to raise a family but began to perform again on television in the 1940s and 1950s when the "Gay Nineties" revues came into vogue.
She died in New York.