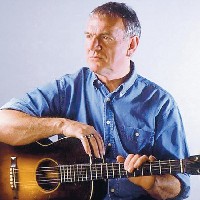 According to the Internet source given below, Ralph McTell (born Ralph May) is an English singer-songwriter and acoustic guitar player who has been an influential figure on the UK folk music scene since the 1960s.
McTell is best known for his song Streets of London which has been covered by over two hundred artists globally. His guitar playing has been modeled on the style of the US's country blues guitar players of the early 20th century, including Blind Blake, Robert Johnson and Blind Willie McTell.