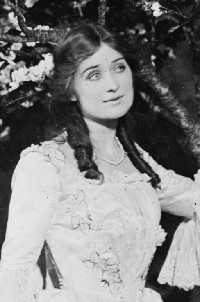 According to the Internet source given below,Charlotte Ganahl Walker was an American Broadway theater and film actress born in Galveston, Texas.
She debuted as a teenager in 1893 and was performing in England by 1895. She started in Broadway in 1900 and went on to have a film career from 1915 to 1937.
Charlotte Walker died in Kerrville, Texas.