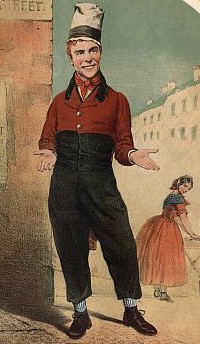 According to the Internet source given below, William Horace Lingard was English comic vocalist, actor manager and dramatic author
He first came to notice in the mid 1860s as a talented comic singer and female impersonator on on the English music hall stage. He and his wife, Alice Dunning Lingard, a former music hall dancer, first visited the United States in 1868 where a great deal of their material was published. They remained there for some time until they and their company travelled to Australia, New Zealand and the Far East.
The couple returned to England, where Alice died in 1897, to become firm favourites on tour. W.H. Lingard continued to work into his old age. It is not yet established whether they were related to the music hall singer, Nellie Lingard, possibly a daughter or niece.
. Of music hall interest is Sal and Methuselam (1866) music F.C. Sansom and published by British and American Pub. Co., London, England the front cover of which depicts Lingard.