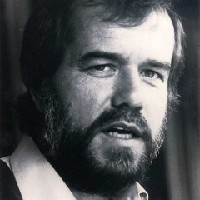 According to the Internet source given below, Knut Kiesewetter was a German jazz singer , songwriter , trombonist , guitarist and producer born in Szczecin.
Aged three, he moved to Garding on the North Frisian Eiderstedt peninsula. He mixed music styles such as blues, jazz, rock, soul , gospel, chanson and folk. His spectrum ranged from jazz old-time jazz to bebop. In 1971 he moved to the Fresenhof in Bohmstedtfeld near Husum. His songs written ins high German, low German and partly also North Frisian were politically inspired. He released about 50 albums, of which Leeder vun mien Fresenhof was awarded a gold record. The album contains De Fresenhof.
He died in Garding.